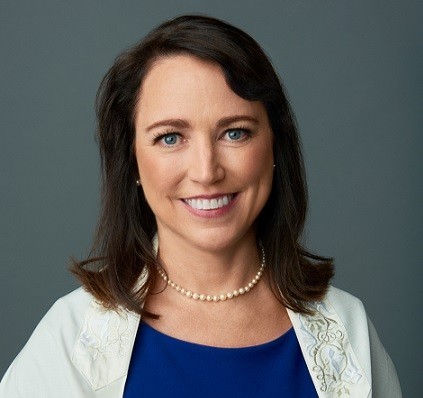 Rabbi Amy Bernstein Assumes Presidency of Board of Rabbis

The Executive Committee of the Board of Rabbis of Southern California passed its gavel on January 16, 2019 to Rabbi Amy Bernstein, Senior Rabbi of Kehillat Israel, who will lead the membership organization of over 200 rabbis. Bernstein succeeds Rabbi Jason Weiner, who concluded two years’ service as Board of Rabbis President on December 31, 2018.

The Board of Rabbis continues to function under the auspices of The Jewish Federation of Greater Los Angeles, as it has for more than 40 years.

Ordained by the Reconstructionist Rabbinical College in Philadelphia, Rabbi Bernstein became Senior Rabbi of Kehillat Israel in July 2014, after serving four years as Kehillat Israel’s Associate Rabbi. An Atlanta native, Rabbi Bernstein earned a bachelor’s degree in English Literature and Cultural Anthropology from Northwestern University where she also earned a certificate in Women’s Studies. Her rabbinic training included one year as a visiting graduate student at Ben Gurion University of the Negev in Israel.

Before coming to Kehillat Israel, Rabbi Bernstein was the rabbi of Temple Israel in Duluth, Minnesota for 14 years. Outside of her rabbinical work, Rabbi Bernstein performs as a member of Three Altos, a vocal trio. In all that she does, Rabbi Bernstein brings her love of Torah and passion for truth and justice.

Rabbi Bernstein makes her home in Pacific Palisades with her partner, Judy Griffith, her daughter, Elianna, and their rescue Chihuahua, Olivia.

As Rabbi Bernstein begins her tenure as President, she had the following to say:

“In these times of deep division and alienation I believe it is more important than ever to find ways to come together across differences. The Board of Rabbis’ purpose is to bring rabbis from different denominations, fields, and generations together to learn and to build relationships of respect not only despite but partly in light of our divergent views and perspectives. This is a model I believe has great power to influence the quality of dialogue in Southern California as well prove that civility and candid conversation can and should happen among people of good will who come from very different points of view and experience. This meeting of different opinions has always been one of the great strengths of the Jewish People and the Board of Rabbis is reconstructing that strength for our time.”