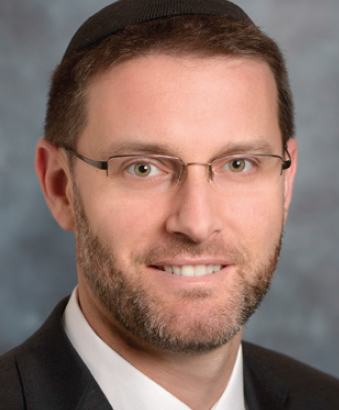 Rabbi Jason Weiner Assumes Presidency of Board of Rabbis

The Executive Committee of the Board of Rabbis of Southern California passed its gavel on February 16, 2017 to Rabbi Jason Weiner, Senior Rabbi and Manager of the Spiritual Care Department of Cedars-Sinai, who will lead the membership organization of some 250 rabbis. Weiner succeeds Rabbi Morley T. Feinstein, who concluded two years’ service as Board of Rabbis President on December 31, 2016.

The Board of Rabbis continues to function under the auspices of The Jewish Federation of Greater Los Angeles, as it has for more than 40 years.

Ordained in 2006 at Yeshivat Chovevei Torah in Riverdale, New York, Rabbi Weiner served as the Assistant Rabbi of Young Israel of Century City in West Los Angeles. In addition to his rabbinic ordination, he also earned a master’s degree in bioethics and health policy from Loyola University in Chicago where he is completing a doctorate in clinical bioethics. He has also earned a master’s degree in Jewish history from Yeshiva University.

In addition to his responsibility for the chaplaincy team and spiritual care at Cedars-Sinai, Rabbi Weiner is the Rabbi of Knesset Israel Synagogue of Beverlywood. He also teaches a Talmud class at Shalhevet High School. He is the author of Jewish Guide to Medical Decision-Making (Urim Press) and Guide to Observance of Jewish Law in a Hospital (Kodesh Press). In all that he does, Rabbi Weiner brings his deep commitment and passion for Torah, filled with energy and a zest for learning.

As Rabbi Weiner begins his tenure as President, he had the following to say, “I feel humbled, honored and, most importantly, I hope to represent Cedars-Sinai well. My goal is to contribute to the ongoing professionalization of chaplaincy and to help chaplains gain better support and recognition. I also hope to bring attention to non-pulpit rabbis who may sometimes feel their voices aren’t sufficiently heard by large, communal organizations. At Cedars-Sinai, my job is to be a good listener and to advocate for patients and my staff. At the Board of Rabbis, I will try to provide similar support and advocacy to local rabbinic leaders.”